Repercussions of a Second DUI 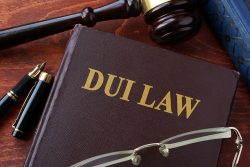 As if getting a single DUI wasn’t enough of an issue, repeat offenders in Florida face serious consequences. The penalties associated with a second DUI offense typically include fines, driver’s license suspension, impounding the vehicle used, and compulsory installment of an ignition interlock device. In Florida there is also mandatory jail time for people who are convicted of multiple DUIs in five years or less. If you are convicted of a second-offense DUI and your blood alcohol concentration (BAC) is .15% or higher, you were involved in an accident that resulted in property damage or personal injury, or had a passenger under the age of 18, the financial penalties are further enhanced.

Most second-offense DUIs in Florida are charged as misdemeanors, though if you are involved in an accident that causes serious bodily injury to another person, you can be charged with a third-degree felony.

There is a minimum 10-day jail sentence for second DUI offenses within five years of the first incident. The maximum sentence depends on the circumstances of the case, including:

Second DUI offenses in a five year period carry a mandatory license suspension of at least five years, which is separate from any administrative suspension period. The two periods may have some overlap, so the driver won’t always have to complete both full suspension periods.

Ignition interlock devices (IIDs) are mandatory for at least one year following a second DUI offense.

The driver’s vehicle will be impounded for at least 30 days, and that period of time cannot overlap with the time the driver spends in jail for their DUI conviction.

Being convicted of a second DUI has serious repercussions for a person’s future, which is why it is important to seek the best legal counsel available as soon as possible following being arrested or charged with a DUI.

Contact the BCN Law Firm in Clermont today at 855-LAW-2020 x to schedule your consultation.