Xarelto Patients Have Received Injuries After Taking the Presctiption Drug 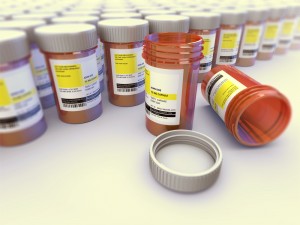 If you have taken Xarelto and had complications like uncontrolled bleeding as a result, you may be eligible to file a lawsuit and receive compensation.

As with most blood thinners, Xarelto does cause additional bleeding. What is different about Xarelto is there are no other drugs to help reverse Xarelto’s effect on the blood. The drug has many of the nation’s top heart physicians concerned because of its effects on patients.

Xarelto has caused emergency medical situations in many patients. Internal bleeding and gastrointestinal bleeding have been common complaints that have occurred in patients on Xarelto. Some patients have also developed blood clots while on Xarelto, even though the medication is supposed to prevent them.

Xarelto lawsuits are being filed because it seems that Xarelto is a little too effective in thinning the blood. Unlike other anticoagulants like warfarin and Coumadin, which can be reversed with vitamin K, Xarelto has no way of being reversed.

If you are a patient who has taken Xarelto and had side effects such as uncontrolled or excessive bleeding or blood clots through its use, you may be eligible for compensation. The BCN Law Firm can file a Xarelto lawsuit on your behalf, and fight for you in court. In many cases, patients on Xarelto have had to pay a large amount of money in out of pocket medical expenses that are a result of Xarelto bleeding incidents. The BCN Law Firm can review your case for free. Contact us for more information at (855)-LAW-2020.

There have already been many lawsuits filed against Xarelto drug manufacturers Bayer and Johnson & Johnson. Here are some of the complaints: